Rockstar Energy Husqvarna Factory Racing’s Thomas Kjer Olsen has finished in a strong fourth place overall at the round 15 of the MX2 World Championship, just two points adrift of the podium. Racing at the MXGP of Lommel, an opening-moto fifth was improved upon with an impressive ride to third in race two. MX2 teammate Jed Beaton again had a consistent GP at the sandy Belgian circuit, placing eighth overall following 7-8 result.

Round 15 of the FIM Motocross World Championship marked the third and last MXGP round to be held at Lommel. A slightly revised track layout was made all the more difficult following heavy overnight rain.

Thomas Kjer Olsen was undeterred by the conditions, fully intent on ending the trio of visits to the Lommel venue on a positive note. A strong start in race one saw the Dane go on to maintain seventh position until 10 minutes to go, finding his flow as the race wore on and moving ahead of Conrad Mewse for sixth. Continuing his charge, TKO made a pass for fifth with three laps to go, holding the position to the finish and setting himself up for a strong overall result.

Race two saw Kjer Olsen involved in a frantic battle during the opening laps before settling into fourth as the moto reached half distance. Under relentless pressure from eventual overall winner Ben Watson, the FC 250 rider then broke free from an attack from behind, reeling in Tom Vialle over the next few laps. Making a pass on the championship leader for third place on lap 10, TKO went on to finish third and place fourth overall. Just two points away from another visit to the podium, he pulls himself to within 10 points of fourth place in the MX2 championship standings.

Jed Beaton had a consistent day at the MXGP of Lommel. Not getting the best jump from the start in race one, the Australian sat just outside the top 10 before moving up to ninth five laps later. As the race entered its second half, he moved into eighth and continued to push forwards. Making the pass for seventh on lap 13, Jed then chased Roan Van De Moosdijk to the chequered flag to end his race in seventh.

Moto two saw a much better start for the FC 250 rider. Moving into ninth early in the race, Jed progressed into seventh at the halfway stage of the race as he found his rhythm around the demanding Lommel track. Losing just one position as the moto neared the end, he finished eighth and claimed eighth overall. With three rounds to go, Beaton maintains his fourth-place ranking in the MX2 World Championship.

Thomas Kjer Olsen: “A positive day for me and a good end to the week after a couple of challenging rounds at Lommel. The changes made to the track made it flow better for me and with the team we made some changes to the bike, which made me really comfortable out there. I was able to battle today and I’m happy with my result, so it’s been a good GP for me. Thanks to the team for the work they’ve put in this week and we go to Italy next weekend aiming for the podium.”

Jed Beaton: “A disappointing day today. Not my greatest day of racing but I’m healthy, which is important with three rounds to go. I found my flow in both races but not until towards the end, which was frustrating. By then there was a big gap ahead of me in each race. Overall, I felt like my riding was good, it just took me a little while to get going. Looking forward to some hardpack next weekend in Italy.” 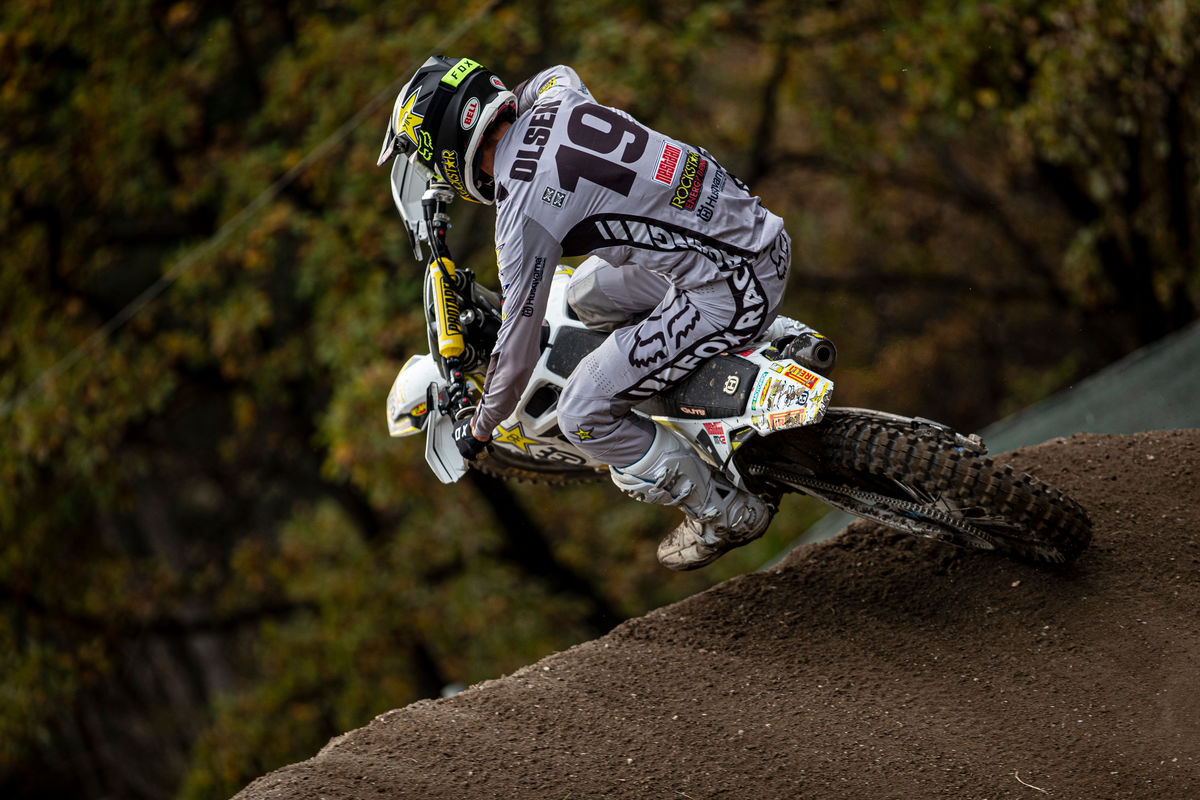 Runner–up finish for Thomas Kjer Olsen at MXGP round 16