Rockstar Energy Husqvarna Factory Racing’s Jed Beaton has earned a strong fifth-place overall MX2 class result after claiming a pair of sixth-place moto finishes at the MXGP of Italy. Riding two calculated races at what was the first of three visits to the hardpack Faenza circuit, Beaton’s performances move him up to fourth place in the MX2 World Championship standings. MX2 teammate Thomas Kjer Olsen dug deep on his return to action, earning sixth overall.

It was a tough opening MX2 moto for Beaton at the MXGP of Italy, round six of the MX2 World Championship. An unavoidable fallen rider caused the Australian to crash on the opening lap. Undeterred, he went on to set competitive lap times while carving his way forwards through the field. Using the power of his FC 250 machine, he was able to make multiple passes on Faenza’s long uphill sections. Never giving up, he was rewarded with a sixth-place finish.

A strong start in race two set Beaton up for an improved result with the 22-year-old moving up into sixth place on the third lap. On the move, he quickly found his way onto the rear fender of Roan Van De Moosdijk but was unable to find a way through on the tight Italian circuit. Claiming another sixth-place finish, Jed finished fifth overall and moves up to fourth in the MX2 World Championship.

Thomas Kjer Olsen returned from injury in Italy, pleased to be back racing his FC 250 machine. Claiming a mid-pack start in the opening moto, the 23-year-old maintained his composure during the frantic early laps and avoided the mistakes that saw several of his rivals crash out due to the challenging riding surface. Charging hard for the duration of the moto, Kjer Olsen moved forwards from 15th on the opening lap to claim a strong ninth-place finish.

A great start in race two saw Kjer Olsen maintain a strong sixth place through the opening laps of the moto. After being passed by teammate Jed Beaton and slipping back to seventh on the third lap, he regrouped and latched on to Beaton for the remainder of the 30-minute-plus-two-lap race. Claiming a close seventh-place finish, Thomas finished a hard-fought sixth overall on his return to world championship action.

Rockstar Energy Husqvarna Factory Racing return to FIM Motocross World Championship competition on September 9, for the second of three successive events to be held at the Faenza circuit.

Jed Beaton: “It was a good day all in all. It could have been better but in the first moto Mattia Guadagnini crashed right in front of me on the opening lap and I had nowhere to go, so to come back to sixth from that was pretty decent really. Race two, I had a better start and just wanted to make it through the opening lap before going to work. I moved into sixth place on lap three and then caught up to Roan but just couldn’t get by and settled into his pace. It was a little frustrating, but I didn’t want to force the issue with the next round in a few days’ time. Overall, good points on the board and I’m looking forward to Wednesday.”

Thomas Kjer Olsen: “It was great to be back racing again after a tough time in Latvia. I can now ride fully focussed and without pain so today was really enjoyable. The results may not reflect that but overall I’m really happy and it’s a good place to start with two more GPs here in Faenza. It took a while to find my rhythm in race one and everyone around me seemed to be on a similar pace, so it was difficult to move forwards. In the second race, Jed came by me and I was able to hold onto him and this kept me focussed. It was a good, solid ride. I really like the track here and I’m looking forward to Wednesday.” 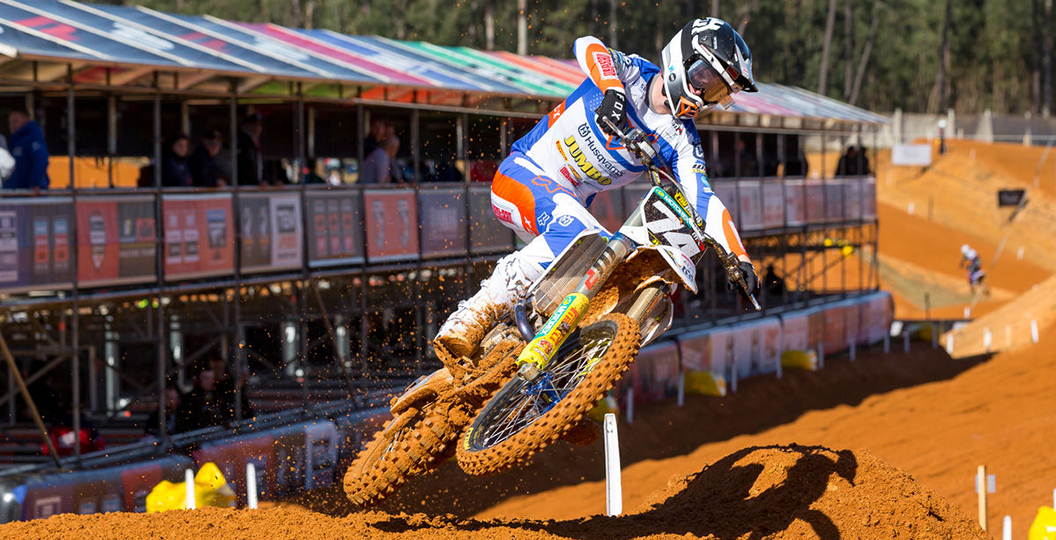